An Improviser’s Guide to Surviving a Zombie Apocalypse 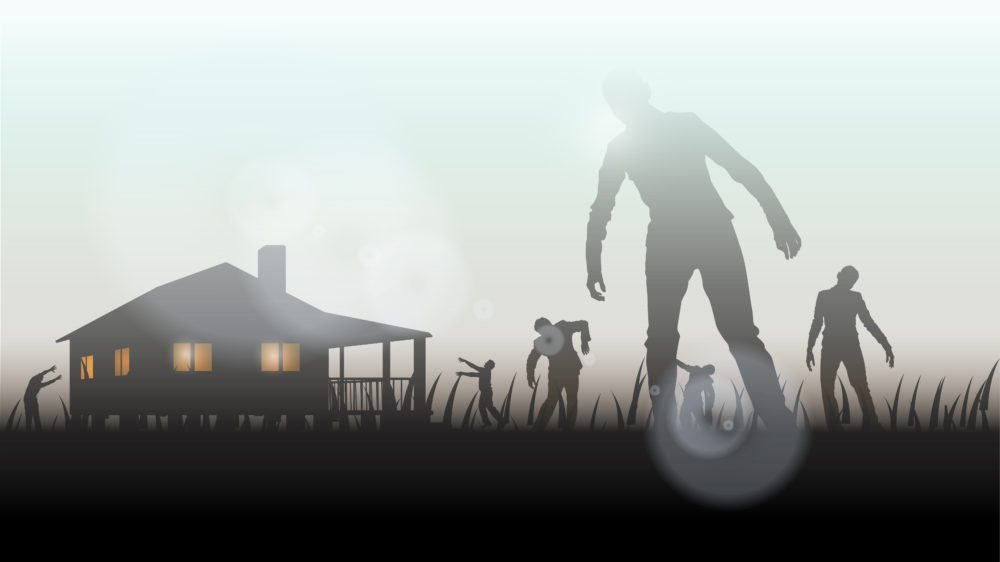 The Zombie Apocalypse is upon us! The government has collapsed. Communication is down. Chaos is the new order. What do you do? Who do you team up with? How do you survive? On Sunday, October 23, the premier of Season 7 of The Walking Dead (TWD) will air. What follows is a memorandum on how to embrace change and thrive in the unexpected, told through the lens of an improviser.

Before we begin, let’s acknowledge that most of us already live in a world based in VUCA (Volatility, Uncertainty, Complexity, and Ambiguity), at least in one form or another. It is also important to remember that in times of Crisis, Risk, Stress and Uncertainty, we fall back on our most overlearned behaviors. They are part of our muscle memory, and we rely on them. Because of that, we must remember to deliberately develop and strengthen a skill set that we can fall back on in turbulent times. Improvisation will be key to surviving a zombie apocalypse.

For this piece to work as a survival guide in a global, undead flesh-eater epidemic, we should define improv as “reacting, adapting and communicating.” However, the skillset needed to thrive in the unexpected and improvise effectively is much more complex than three buzzwords. In honor of the 7th season of The Walking Dead, here are 7 solid improv tenets that you can use to survive your own zombie apocalypse. Warning: Spoiler alert if you’re not up-to-date!

7) Rely On Your Team

Starting in Volatility, Uncertainty, Complexity, and Ambiguity, Season 7 is guaranteed to bring a whole hell of a lot of Crisis, Risk, and Stress. However, Rick has created a communicative and adaptable team, whose most overlearned behaviors are based in improvisation.

How will Rick and his team survive? I can’t wait to find out on Sunday, October 23 on AMC!